speaking about his latest movie

A year ago, I was so excited that we were about to celebrate the birth of this film in New York,” said director Eytan Fox, speaking about his latest movie, Sublet, which debuted in theaters in Israel on Thursday and in the US on June 11. “But then all hell broke loose.”

Fox, who has been one of Israel’s leading filmmakers since he made Yossi & Jagger, the groundbreaking story of two male soldiers in love, in 2002, spoke in a recent interview at his home in Tel Aviv about the roller-coaster ride of working on Sublet and then waiting over a year for the release of one of the most deeply personal movies he has ever made.

Sublet, Fox’s first film in English, tells the story of Michael, a New York Times travel writer who comes to Tel Aviv to write an article after suffering a heartbreaking loss, and sublets an apartment from Tomer – a film student – who becomes his guide. As Michael works on the article, the energy of the city and his relationship with Tomer bring him back to life.

Michael is played by John Benjamin Hickey, the Tony Award-winning actor who is currently starring in the new season of HBO’s In Treatment. Hickey appeared on Broadway and in London in the recent play, The Inheritance by Matthew Lopez, and fans of The Good Wife will recognize him as the ornery tech mogul, Neil Gross.

It was a coup for Fox to cast Hickey in this role, especially because he created the part with this actor in mind. I first heard about Sublet when it was just a two-sentence idea and Fox was in search of an English script editor – I took the job – and from the first meeting, he spoke of his conviction that Hickey was the ideal person to bring the complex character of Michael to life. Hickey could not attend the festive premiere of Sublet at the Tel Aviv Cinematheque on June 1, but sent a video message, in which he spoke about how much enjoyed playing this part, saying, “To say that this movie was a labor of love is an understatement. It was one of the great experiences of my life.”

Tomer is portrayed by newcomer Niv Nissim in his movie debut, and the supporting cast includes Miki Kam (who recently appeared in the third season of Shtisel), Lihi Kornowski (Losing Alice, Who Died?) and Peter Spears, an actor/producer whose film, Nomadland, just won the Best Picture Oscar, as Michael’s husband.

Fox was born in New York and moved to Jerusalem as a young child with his American parents, so it was exciting for him when the film was accepted to the Tribeca Film Festival in 2020, where Yossi & Jagger won the Best Actor award for the film’s star, Ohad Knoller. “New York is very much in my DNA and my mind and my heart and wherever it can be,” he said. “And John is from New York and so is his character.”

Up until the last minute, it seemed that Tribeca might take place as scheduled, but “then COVID-19 took over the world.”

GIVEN THE tumultuous and often tragic year that so many have had, Fox said, “It’s difficult to kvetch, the whole world was suffering, people were suffering more than I was, people were sick, people were dying.”

In fact, Hickey himself came down with the coronavirus in April 2020, although he recovered quickly. But the illness of his leading man helped Fox realize the gravity of the situation and he understood a theatrical lease would be delayed. He began to send the film out to participate in online film festivals, mainly Jewish and LGBTQ events, where it won a number of awards and it was the opening-night film at the scaled-down Jerusalem Film Festival last December.

Now that the movie is having its real opening, Fox is thinking again about how much the movie means to him and he acknowledged that the older, more conservative American Michael and the young, free-spirited artistic Israeli Tomer represent different sides of himself.

“It’s a movie about the older man that I am and the younger man that I’m trying to preserve,” he said. As he worked on the script with his cowriter, Itay Segal, Fox, who has been married to journalist, activist and writer/producer Gal Uchovsky for 33 years, said, “I realized I wasn’t that young cool guy I was when I made Florentine.” Florentine, a television series about young, disillusioned Israelis living a bohemian life in the late 90s, following the assassination of then-prime minister Yitzhak Rabin, which starred Ayelet Zurer and Dana Modan, among others, was one of the first popular shows in Israel. Back when they filmed it, “We tried to redefine what young Israel was and I was one of the gang, but now that I was trying to redefine it again, I understood that now I’m not part of the gang anymore.”

As he talked to his cowriter Segal, who is 20 years his junior, and other young Israelis, including Nissim, he realized just how much things have changed here since he was a young man.

“Nothing’s a big issue for him [the character of Tomer]. Everything’s so easy. There are dating apps, it’s a new world.” Tomer and young people like him “don’t even see themselves necessarily as gay or straight or bi, they don’t like labels at all.” Michael is puzzled when Tomer, half-dressed, falls asleep on the couch with the young woman (Kornowski) who is his best friend. “Tomer’s relationships can be friendly and passionate and sexual, and it can be with whoever he has feelings for at that moment, ” Fox said.
He contrasts with the character of Michael, with whom both he and Hickey identified. “We were closeted gay men and we had to work very hard to overcome self-hatred, we had to overcome homophobia and the homophobia that we internalized.” He quotes the gay rights slogan of the 80s: “We’re here, we’re queer, get used to it.... We could say that but we had to struggle to really feel it.”
Around that time, “AIDS came along, with people saying, ‘It’s a punishment God brought down on you from above, you deserve it.’ Michael was traumatized by that era. You’re already so afraid that your family will reject you, and now you have to deal with this plague.”

WHEN FOX came out to his parents, he found his mother to be accepting, but his father took much longer to come to terms with it. And Fox himself was not sure what being gay would mean for him. “The world I grew up in was one where it was perceived that gay men would never have long-term relationships, just casual sex, one-night stands in cruising parks.” An assignation in the park became the subject of his first short film, Time Off.

“I thought that was the world that was awaiting me. If you would have said that one day it would be possible for gay people to get married, to become a gay parent, I would not have believed it,” he said. His parents divorced when he was young and this only strengthened his craving for a stable relationship. “I was the only kid in my class in Luria [the school in Jerusalem Fox attended] who had divorced parents. This didn’t happen in Jerusalem in the 70s. I was gay and wanted to prove to the world that I could be in a long-term relationship.”

Now, of course, “the world has changed. I fought to change it.” And while in terms of gay rights, Israel has a long way to go compared to Western countries, there has still been a huge change in attitudes here and Fox’s films have played a crucial part in that. While the Israeli military refused to help out on his army drama, Yossi & Jagger, when Fox was filming it, now the movie is shown by the IDF to recruits to help teach tolerance.

The films he made afterward – among them Walk on Water (about the friendship between a Mossad agent and a gay German), The Bubble (the story of a gay Palestinian who comes to live with a group of young Israelis in Tel Aviv), Yossi (the sequel to Yossi & Jagger) and Cupcakes (about friends, one of whom happens to be gay, who write a song for a Eurovision-like contest) – have helped to alter Israeli perceptions of the gay community. But Fox’s gift is that he has achieved this through drama, humor and wonderfully compelling characters, never with preachiness.

And now in Sublet, he is telling a story that has not been told before about the generation gaps in the gay community and dilemmas and challenges that gay parents face. While Fox has chosen not to have children, it was something he thought long and hard about.

Michael in Sublet, “has to fight that idea that you’re not meant to be a parent. That it’s wrong.” Heterosexual couples who suffer a miscarriage are encouraged to try again as soon as possible, he noted, but for gay men, “if something goes wrong, there can be this feeling that it’s not natural, that you shouldn’t have tried to be a parent in the first place.”

The film paints a portrait of the city Fox has called home for three decades, showcasing a diverse, lively city that will make viewers understand why young people from all over Israel and tourists from around the world flock there. It also features a soundtrack with the music Fox loves, including songs by Keren Ann, Omer Adam and many other local artists. There are already Sublet playlists on Spotify and Apple Music.

“I want to show the city that I love,” said Fox.

He is now working on two television projects, Split, about the world of espionage, which will star Jonathan Groff, and Rabbi, a story loosely based on the Moti Elon scandal, but while he is busy with those, the release of Sublet is a very emotional moment for him. While he would be happy if Sublet shakes up the way people perceive gay parents, his agenda is only that they will see and enjoy the film, especially after the yearlong pandemic.

“I hope that this is a story that people will want to see right now,” he said. “It’s a story I’ve wanted to tell for a long time.”

- Residence MathWe just Beloved doing work with Family members Math as well being supplement while within the early yrs. It could be a $20 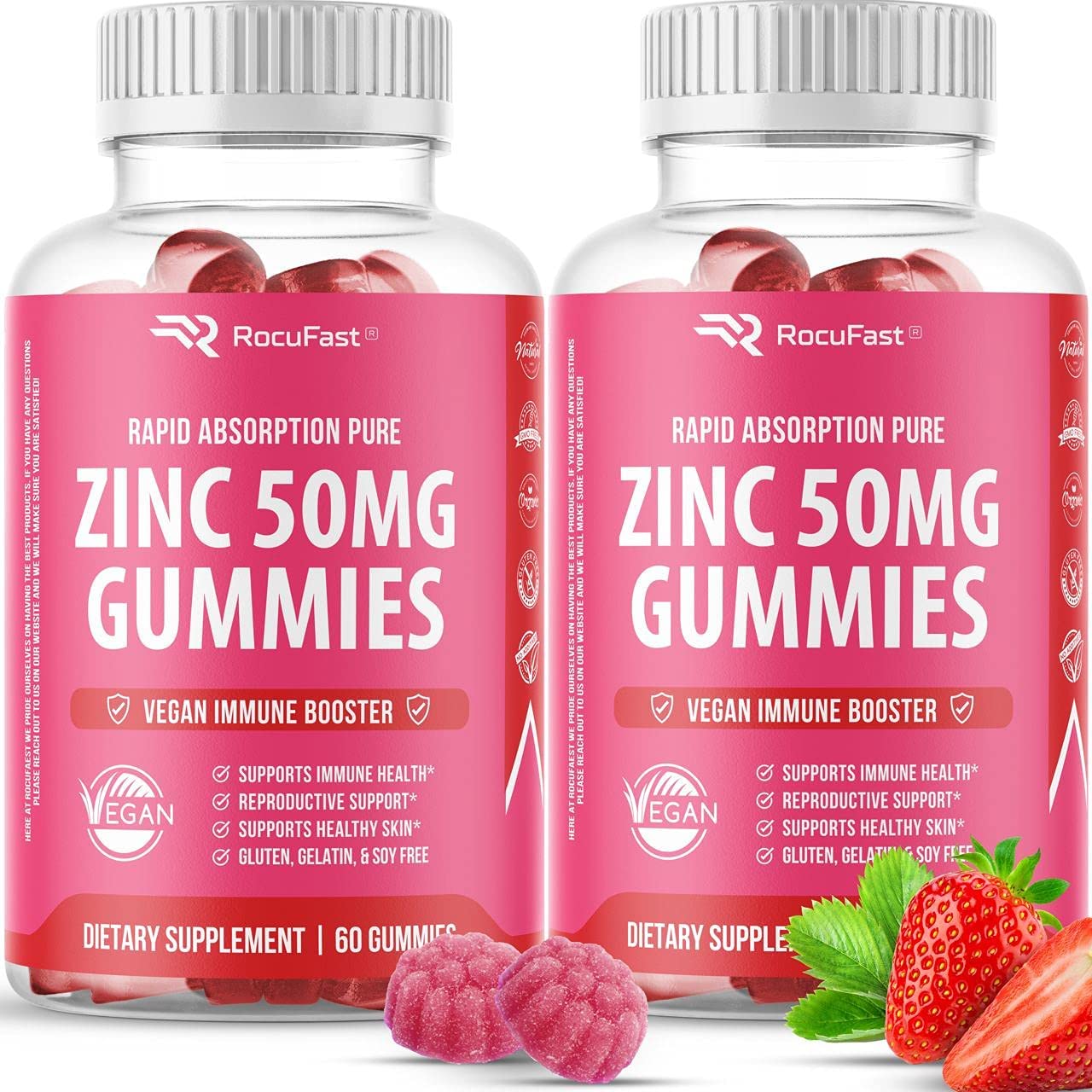 Zinc is a groundbreaking essential mineral that is essential for wellness and a healthy lifestyle?

- Nowadays several types of Omega 3 supplements are available in India, So it becomes important to choose the right kind for you.